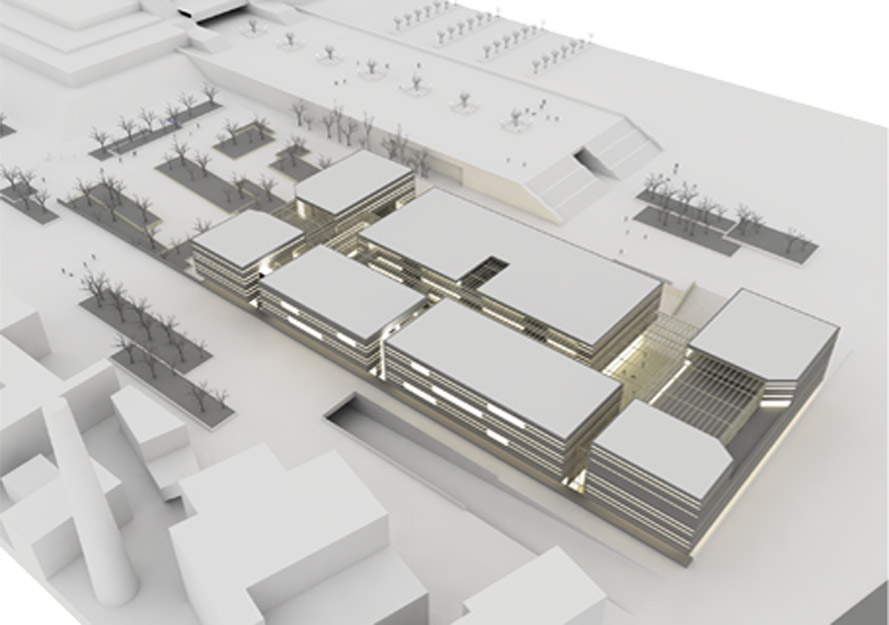 with GAVINELLI ARCHITETTURA
The building site for the new Town Hall in Tallin is located between the old industrial area, which should be turned into a cultural and museum center, and a dated polyfunctional center. Since the project aims at building a town hall particularly accessible to the citizens, the large institutional model has been abandoned in favour of a composition of smaller buildings of different character and size: simple blocks built on pilotis with a striped façade of local stone. The façade is characterized by two different layers: a stone striped curtain wall façade filters the light into the building; the inner façade is made of glass. The single building blocks are linked to each other by light glass elements. Permeability has also been enhanced inside the different buildings favouring the interaction between the public and the administrative staff. At a lower level than the city square has been planned with a ramp giving access to the promenade. The new town Hall might therefore be described not so much as an experimental impressive single building but as a piece of functional urban fabric, integrated in a quiet, respectful way in the city, favouring a soft transition to the future. 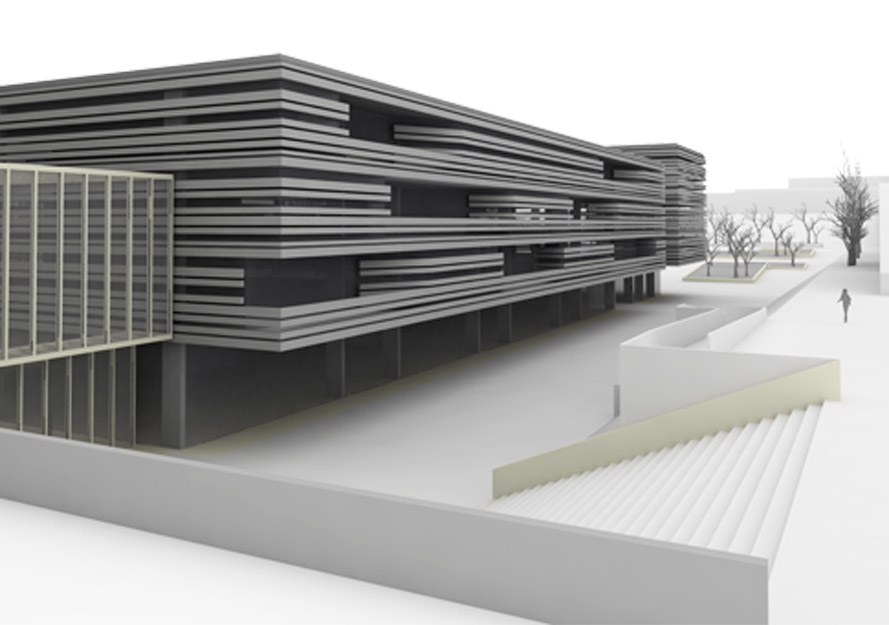 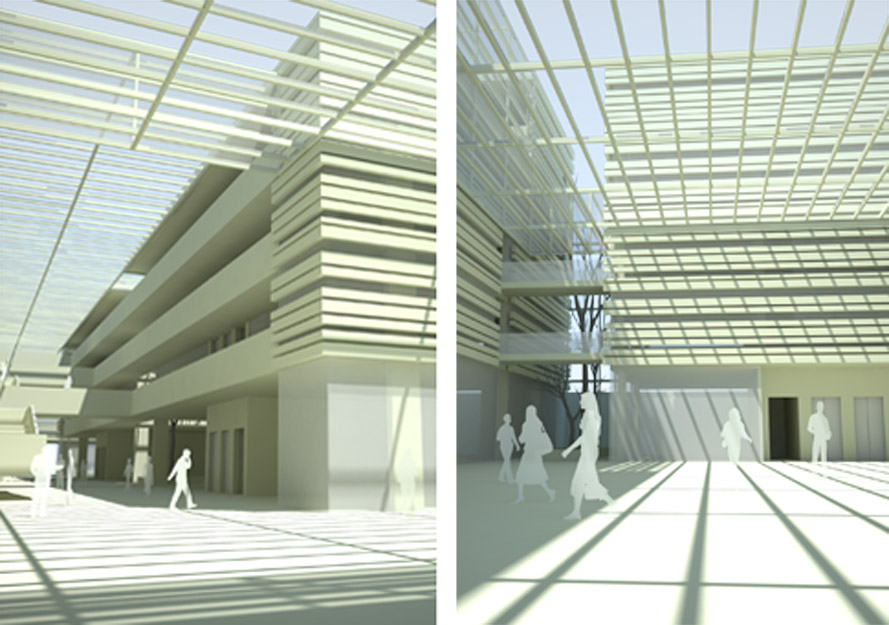 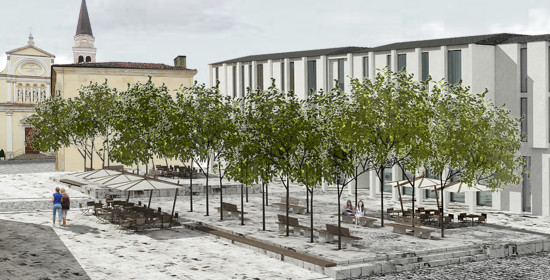 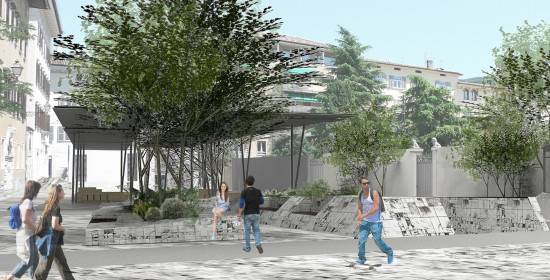 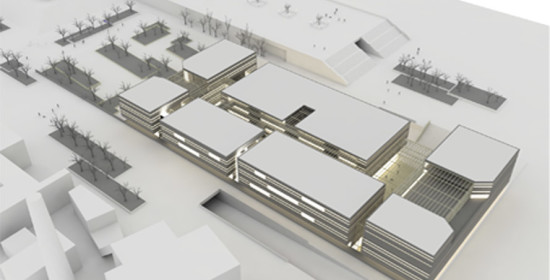