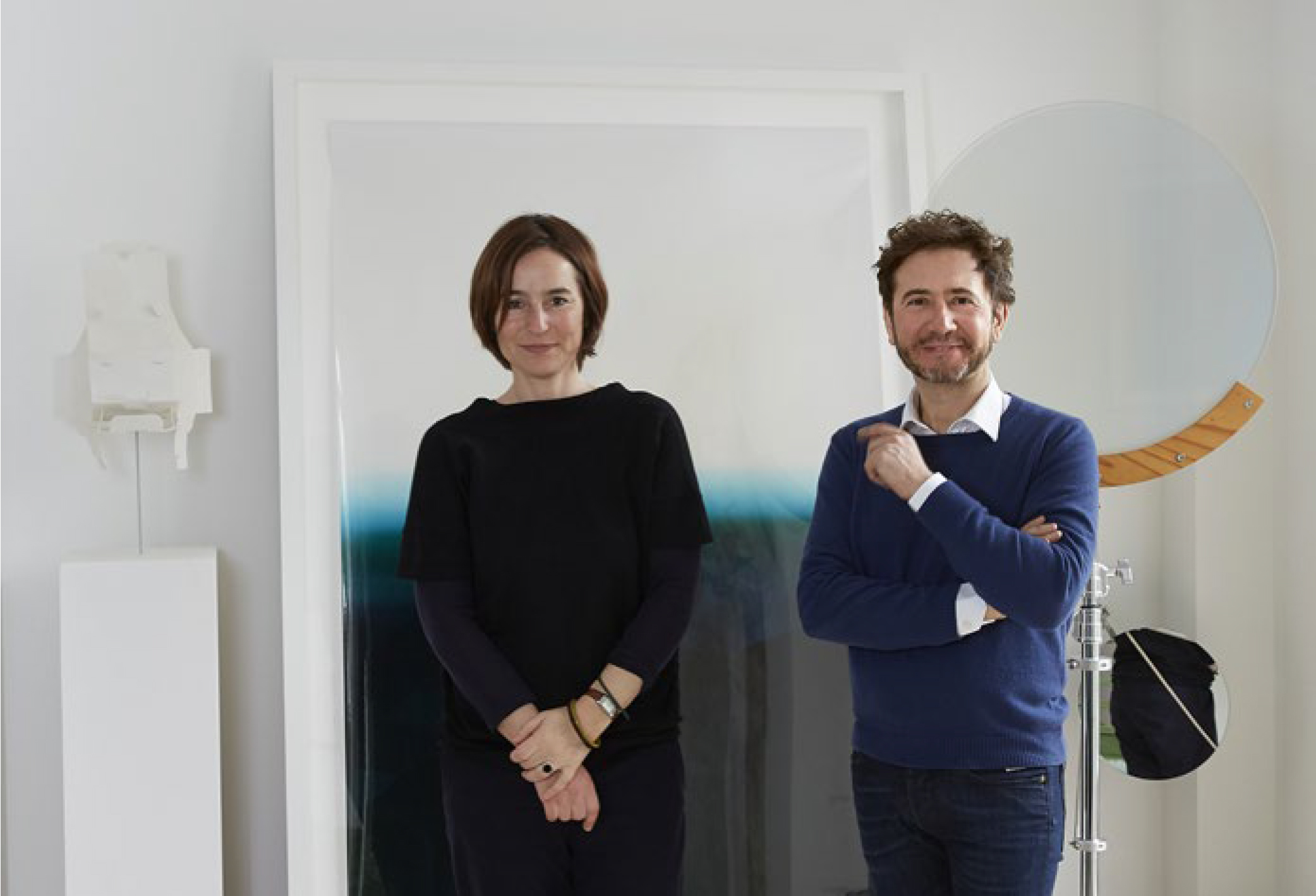 Fabio Azzolina Architect is a Milan based Italian studio widely known for his outstanding works in the field of interior design and architecture. For more than 18 years the office has been developing highly elaborated design and renovation projects for private and commercial spaces in Italy and worldwide, achived with a strong collaboration with Lorenza Marenco and the team. After graduating at the Politecnico di Milano and working as a graphic designer, Fabio Azzolina started his formation in various studios such as Ettore Sottsass, where he developed his skills and personal style in the field of industrial and interior design.

Lorenza Marenco Architect graduated from the Faculty of Architecture in Genoa in 1995. After she moved to London where she became Project Manager for John Pawson in 1997, working for private houses which subsequently featured in a number of publications. Lorenza returned back to Italy in 1999 and has started the collaboration with Piero Lissoni. During the years she was increasingly involved in the creative process, helping the Studio Lissoni to achieve international recognition and acclaim.

Go To Top
Copyright © 2019. Fabio Azzolina. All rights are reserved.